Premia Spine > Blog > Back health > Can You Get Blood Clots From Spinal Surgery?

Can You Get Blood Clots From Spinal Surgery? Spinal surgery has made significant advances in both its safety and efficiency in correcting many back problems, from traumatic spinal cord injury to degenerative diseases like spinal stenosis, spondylosis, and slipped disc. Many of these advances in spinal surgery have come in recent years due to minimally invasive microsurgical tools and techniques. Nonetheless, back surgery is a severe operation, and surgical candidates need to be aware of all facets of the procedure they’re considering – not only the benefits of the surgery but also the potential risks. One of the risks of spinal surgery is that of developing blood clots.

Any injury to the body increases the risk of a blood clot, as the injury itself stimulates the clotting process. Surgery constitutes an injury or trauma, and the body responds accordingly. Spinal surgery – which the body interprets as an injury to the spinal cord – can lead to the formation of blood clots within the veins. If such a thrombus becomes dislodged, it can block a blood vessel as it narrows, causing a stroke or heart attack, possibly resulting in paralysis or death. Proper postoperative care, medications, and the patient’s active role in the recovery process can minimize the risks of blood clots.

What is deep vein thrombosis (DVT)?

Treatment and prevention of DVT

Why choose the TOPS™

What is deep vein thrombosis (DVT)?

That’s a postoperative disease associated with thrombus forming in the deep veins of the lower extremities. Often, it is induced by muscle atony or, simply put, lack of movement.

To understand why you get blood clots after surgery, it’s worth analyzing the typology of thrombus. So, the hemostasis of the human body is maintained by forming blood clots (e.g., during wound healing). But sometimes, such a phenomenon has a negative impact on the body’s functioning. The thrombus is formed as a result of activation of the blood coagulation system in response to a vascular injury. The occurrence of thrombosis is also associated with a violation of the venous wall. That’s life-threatening because pulmonary embolisms from deep vein thrombosis (DVT) may happen later. A blood clot breaks off and goes through the bloodstream to the lungs, settling in the pulmonary arteries.

It may also cause some ischemic strokes or blood clots near the spine while blocking the artery that supplies the spinal cord. Its signs usually appear suddenly and can feel like a tight bandage wrapped around a torso. That’s precisely the point where the blood supply is disrupted. The thickening or narrowing of the arteries that carry blood to the spinal cord often triggers cerebrospinal strokes.

Treating conditions such as slipped discs, spinal stenosis, and spondylosis is much less likely to cause complications than a hip or knee replacement. The cumulative incidence of deep vein thrombosis or DVT, also known as blood clot after surgery, steadily increases during the first two weeks and depends on the professional hospital care and factors of the patient’s preoperative condition, for example:

One of the misconceptions is regarding the existence of inflammatory bowel disease (IBD) as a risk factor. The reality is that postoperative complications don’t occur; for the most part, they may be comorbid.

The most important concern after an operation is to prevent any negative consequences. In this case, we’re talking about two serious diseases: deep vein thrombosis and pulmonary embolism.

Treatment and prevention of DVT

Note! Use the article for informational purposes only. Follow the therapeutic instructions of your doctor.

Clot busters are injected intravenously and break down clots. Filters settled in large veins can sometimes be used during therapy. Their function is to prevent pulmonary embolism. Compression stockings may also prevent puffiness (one of the signs we’ve noted above).

Prevention of the illness in the postoperative period consists of maintaining normal body weight and good physical shape. Thus, you need to play sports, walk and avoid prolonged inactivity constantly. So, for example, it’s essential to take short walks. Discuss with your doctor how vulnerable you’re at risk of blood clotting, tell your medical history. If you suffer from comorbid diseases, such as diabetes or heart failure, ensure to report it. During the preoperative period, your goal should be to achieve a stable state of health.

Blood clots in the back can be triggered by an invasive operation, trauma, disease. In 40% of cases, people who have suffered a cerebrospinal stroke can walk independently, 30% move with a cane, 20% are confined to a wheelchair. The scary data only makes you want to stay out of that 20% and 30%, right? Therefore, the preparatory period is significant: systematic; targeted treatment will help eliminate possible negative consequences. Anticoagulants, drugs that lower blood pressure, occupational therapy to preserve muscle function – these are all standard manipulations for preventing and treating cerebrospinal stroke. By the way, don’t forget to stick to a healthy diet – foods rich in fiber will help avoid the risks of intestinal inflammation. So take care of yourself now, not when you reap the rewards of a poor lifestyle.

Why choose the TOPS™

Anyone considering back surgery should also be aware that some procedures for treating a spinal problem may present lower risks or provide better outcomes than others. For example, the TOPS™ (Total Posterior Solution) procedure, which may be performed after spinal decompression surgery to stabilize the spine, provides better clinical outcomes than spinal fusion surgery, which was the traditional choice for spine stabilization before the introduction of the TOPS system.

The TOPS provides for minimally invasive spine surgery and thereby significantly reduces the risks associated with DVT. Previously, when knowledge in spine treatment wasn’t as developed as today, the fusion procedure was the only available and most innovative option. The vertebrae were “glued” into a relatively rigid structure, which significantly limited movement. Even though flexion and extension weren’t possible, and the risks were very impressive, the fusion continues to be performed today. However, TOPS™ surgery has become a more acceptable alternative to treating degenerative spondylolisthesis of lumbar spinal stenosis for many younger physicians. Its advantage is movement in all axial directions, as well as stability.

The structure is implanted using a traditional posterior surgical approach, but the TOPS system exerts less force on the screws than other configurations.

After the operation, the blood clotting mechanism in the body is very active because it’s aimed at stopping bleeding. Damage to the blood vessels around the surgical site is often the cause of DVT. Thrombus can form in the veins of the lower extremities but travel to the pulmonary veins with the blood flow, generating pulmonary embolisms, which are life-threatening. This process can last for weeks, and some symptoms can be identical to other diseases. The same shortness of breath or coughing are often warning symptoms, and if the convalescent neglects visits to the hospital or rehabilitation center, then often valuable time can be wasted.

The TOPS solution has the added benefit of preserving the spine’s full range of motion and also has significantly lower risks of thrombosis, unlike spinal fusion, which permanently fuses adjacent vertebrae. If you’re a candidate for back surgery, make sure you understand not only the upsides and downsides but also all the alternative surgical solutions that can help you minimize the already low risks associated with advanced spinal procedures.

How soon can you return to athletics after spinal surgery?
How Soon Can I Get Out of Bed After Spinal Fusion Surgery? 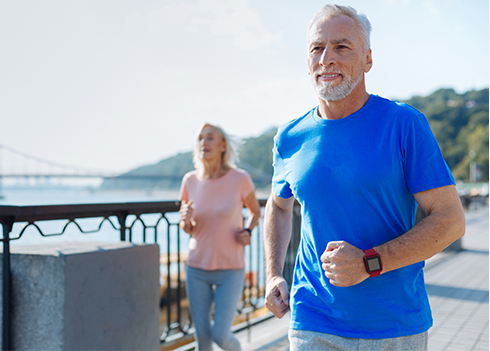 All Rights Reserved to Premia Spine © 2021